“EVEN SCUM HAVE RIGHTS” – to segue that – in Australia, decent people don’t

CATEGORIES –
Defence
Politics
Propinquity
Human rights
Theft of life
Collusion
Deceit
Bastardry
I can neither confirm nor deny
It’s more than my job is worth
Now, you know what happens if you keep annoying us
Your story is distressing but it isn’t newsworthy
We don’t have D-notices
It’s not censorship – just the editor’s decision
The old boy’s network 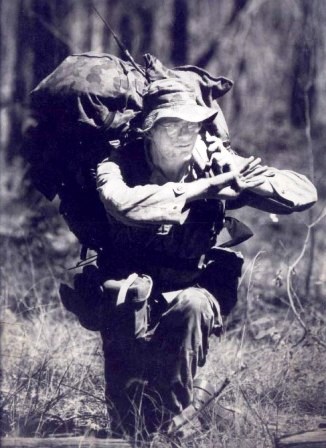 Image – Scum have rights – this bloke doesn’t - according to defence, according to our governments, according to the timeserving, arse with ears, MP in his electorate – nor does he according to the likes of Mr. Wilkie – the latest. This bloke’s father is pleased to know that defence didn’t think his son was scum.
Author – A-NON-FARMER
Where to start?
How many vomit breaks will I need before I finish writing this article?
How about pinching a few lines from the news, then.
Can’t go wrong with a public statement from a bloke who knows the score -
SABRA LANE: The former Defence Department chief Paul Barratt says ADFA should expel the male cadets involved in this webcam sex scandal saying does really want people like this in defence.
http://www.abc.net.au/am/content/2011/s3187572.htm
DIRECTOR, NEIL JAMES, Australia Defence Association: “Well, he's entitled to have his opinion and the Defence Association's view is that may very well be the result but even scum have rights and there will have to be some form of legal and administrative action taken before that.”
So, even scum have rights, eh?
Interesting concept.
Let’s see how it pans out -
Mr. James apparently refers to the seven young voyeurs of the defence academy.
I’d like to believe he wasn’t referring to the young lady whose pride, privacy and career they’d stolen.
Defence’s attitude -
Well, clearly they publicly agree that scum do have rights since, until our sickmaking press made the story world headlines, they intended, as usual, to punish the victim and ignore the gross actions of the perpetrators.
Think about this, good reader –
A policy of ‘even scum have rights’ has the victim up on “unrelated disciplinary charges” while those who have caused defence and government this unprecedented nausea were going to get away with it without even six cuts from the headmaster.
Scum therefore have rights and non-scum have no rights at all.
Or so any reasonable person could readily assume.
That reasonable person, aware of the numerous cover-ups attempted by defence and other government agencies might be convinced that justice can only be achieved in this country by embarrassing the government of the day by featuring malfeasance and dishonesty as headline news. http://en.wikipedia.org/wiki/Malfeasance_in_office
The juicy headline versus the non-juicy, non-headline –
The media must inevitably reach the stage when they’ll cease publishing sexual misadventure in the ADF. It’ll have become so common as to be ho-hum, not worth reporting.
Maybe then, desperate for headlines, they might consider publishing national interest articles about defence killing their own people.
When parliamentarians lead by example -
That’s his pikkie above. He mustn’t be scum because he has no rights. He’s been dead since just before Xmas 2004.
There are just a few tiny details his father would like to sort out with the defence department and health about why he died
His old man has been trying to have those questions answered since his son died.
He’s become convinced that the entire country is corrupted to the extent that death doesn’t matter here any more.
Do you read that people?
They’re hell-fire concerned to cover up that their officers and gentlemen are ‘pack-peeping toms’ (or as Neil James put it – scum) – they ignore the odd rape (and according to their affirmative action policy, that includes homosexual rape) – they gloss over the occasional bashing – they condone hazing and bastardisation as ‘character-building’ and don’t give a flying f—k when they kill one of their own.
Yet the media are equally keen to add more names to their “Who’s who of illicit bonking” files.
They’d move heaven and earth to get to the BOTTOM of any story about that (and likely keep and available pikkies for their private files).
But like defence (and our governments) they don’t give a f—k about my son’s death.
So how sick is that?
Wilkie has his 21 year old staffer, (believe it or not – Django) tell me that he doesn’t care.
The local pig doesn’t care.
Ministers don’t care.
Senators don’t care
The jokes they put in place allegedly to address complaints don’t care either.
Makes me think, it does, what to say next.
Paraphrase Mick Molloy maybe?
Who’ve you got to root to get a bit of justice around here?
Might be a bit deep for many of you how this article segues with that statement.
Persevere. You’ll finally work it out. 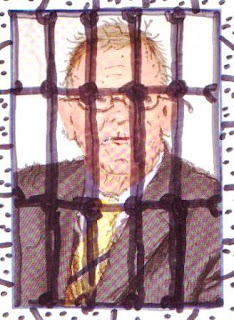 Image – Wilkie’s sycophant urges me to deal with the local politician.
Trouble is, I want justice. This would be a good start, justicewise. Him behind bars.
http://www.abc.net.au/news/stories/2011/04/12/3189677.htm?section=justin
"While I do not intend to give a running commentary about each new accusation, what I will say is I was judged fit to graduate from Duntroon and went on to have a successful military career, reaching the rank of Lieutenant Colonel," he said
"There's nothing new in this. I described my Duntroon experience in a book I wrote in 2004 [Axis Of Deceit] and again just last month on ABC Radio's Conversations with Richard Fidler
"Importantly, during my military and subsequent intelligence careers, I was repeatedly security cleared and character checked to the highest levels in the country
"Further politically and commercially motivated attacks on my character will not be deserving of a reply.”
Amazing stuff, that admission of guilt.
In his time they dismantled your psyche and put you back together the way they wanted.
I wonder whom or what he really is?
Further reading -
http://www.abc.net.au/news/stories/2011/04/11/3187745.htm?section=justin
http://www.abc.net.au/am/content/2011/s3187572.htm
- “but even scum have rights and there will have to be some form of legal and administrative action taken before that.”
http://webcache.googleusercontent.com/search?q=cache:As-6Q46QjW0J:www.hreoc.gov.au/info_for_employers/contacts.html+anti+discrimination+1800&cd=6&hl=en&ct=clnk&gl=au&source=www.google.com.au
﻿
Posted by CALLIGULA at 1:36 AM