“THE CONSEQUENCE OF UNTRAMMELLED LUNACY” or “Queensland Does It Again” 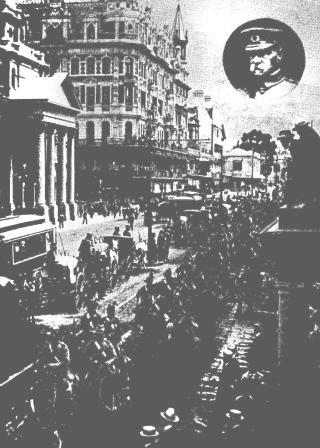 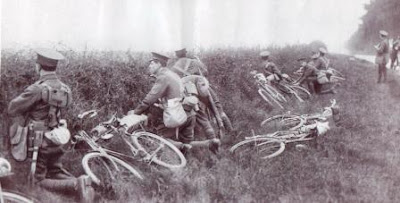 Image –
A rare etherograph of a QFP pushbike reconnaissance element the morning of the Incident. Shortly after this shot (in virtual time) some form of eheric interference precluded (or will preclude) capturing further images.
What is known, and information is (or will be) sketchy, is that the 50 man QFP raiding force at Dooley Station (owned by Delia Dooley’s grandfather) disappeared without trace.
It was only three weeks later that crab pots found in the littoral proved to contain what was left of the raiding party. By the time DNA testing was deemed to be conclusive what will be known as the ‘Bundaberg Line’ was declared and the CNQ (Confederacy of ) had seceded.
‘Etherograph™’, compliments of “FuturamaScan ™ Corp.
And so followed a rapidly conducted dialogue followed by some discretely  encoded telephone conversations the length and breadth of northern .
What (is to) become known as the Charters Towers incident happened two hours after Bruce arrived at Benito Spaglioni’s compound in Port Douglas.
After the disappearance of the QFP party at Dooley Station the entire QFP force was concentrated at Charter’s Towers, a form of martial law declared, the police dragooned into the support role and the ADF requested to provide support for the civil power.
The regime thrashed about for several days naming names and allotting blame while the ADF had a complete and total equipment failure.
Meanwhile Emil Rapportius had returned with his fishing fleet.
As the heavily laden trawlers cruised southward down the coast one or two of them would peel off and cruise into each port along the way.
Eager waiting hands (oftentimes cranes, given the bulkiness of some of the cargo) would rapidly unload and distribute the ‘catch’ and by those means the major populated regions of North Queensland were (will be) secured for the citizenry.
﻿
Posted by CALLIGULA at 1:29 AM