“ANOTHER COUP IN AUSTRALIA” and/or “The Dowager Prime Minister?” 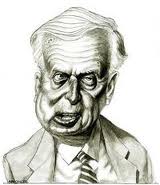 Image – Long years in office wearing the regalia of premiership and look what happens to poor old Joh.
All explained below.
The scars caused by the GOGB 1st class are not evident but the terrible strain of wearing the chain of office is there for all to see.
Notice the concentrated stare (or as concentrated as could be possible, given the circumstances) leftwards opposing the awful rictus of his jaw to the right caused by the chain of office. Stuck with wearing the modern electronic equivalent of what caused this is it any wonder why laborite premiers act so right wing?
We must be prescient -
This was going to be a short article about the last coup d’ etat in .
(http://en.wikipedia.org/wiki/Coup_d'%C3%A9tat – definition, coup d’etat – for your convenience)
Inspiration for the original article followed the usual snowjob about the subject on ABC radio yesterday evening.
STOP PRESS –
But since then certain political elements in God’s own country have decided to stage their own pre-emptive mini-putsch. (It’s about mediocrity – Qld has mini-roundabouts, mini-cyclones and even a mini-unicameral parliament)
As most Queenslanders are aware ‘what passes for governance’ in has matched Paul Kruger’s too closely for comfort.
About the only difference is that we somehow accidentally sacked our old fuhrer, Johannes Bjelke Petersen, before he managed to declare war on the rest of the country.
But things have “moved on” since his day –
(the incumbent premier of is automatically vested with the ‘Grand Order of the Golden Blinkers, 1st class’ and is consequently required to wear it/ them in office.
Unfortunately the GOGB 1st class IS in fact a pair of bronzed, gold plated horse blinkers robbing the wearer of any ability to see sideways, backwards, up or down whatsoever.
Other significant items in the PoQ’s*regalia include what is allegedly a ‘chain of office’ but is in fact what is known in the equine industry as a ‘curb bit’.
It is said by those in the know that a qld premier in full fig is a sight to behold and that this is the reason why all government decisions are made ‘in camera’ or in the middle if the night.
It may be apocryphal that Mr Bjelke Petersen’s tendency to run off at the mouth with a startled expression on his face was in result of his gleefully dispensing with the burden of the regalia of premiership for press conferences and the like.
With the approach of the electronic age a way was found to miniaturise the official regalia.
Contact lenses replaced the GOGB 1st class and a small electronic device based on the police tazer is taped to the premier’s chest under clothing.
For this reason the PoQ is these days bound to wear the modern miniaturized regalia 24 hours a day, seven days a week – in some ways like poor Julian Assange and his electronic manacle.
To avoid the embarrassment of being tazered in front of the public she has arranged a series of catch-phrases and mottos such as “moving forward, let’s not look back –  we’ll put that behind us, shall we - no, I haven’t seen that - I can’t say any more on this subject and – that’s before the courts; I shan’t comment”.
Some claim to have seen an occasional glimmer in the premier’s eyes recently Mistakenly interpreted as emotion it is actually the Pavlov reaction to the slight buzz caused by the electronic curb bit being activated by the premier’s ‘minder’.)
Well there you have it reader; an exclusive, a scoop, an expose’ of the real reason why the CEO of the Qld apparatchiks never speaks sense when asked a direct question.
Given this situation anyone wanting to be premier would either be a complete masochist, have rocks in the head – or both.
Yet we have Mr. Campbell Newman evidently dissatisfied with merely being Lord Mayor of coming out of the closet and like the Japs at staging what he hopes is a pre-emptive strike for the job.
It appears not to matter that –
But a person could go on for quite a while listing the negatives of the scenario
Let’s look at the positives.
Mr. Newman has proven once and for all that public office is NOT for the community rather for and about the individual super-ego of anyone, by whatever means expedient, being able to claw their way into public office.
Term, tenure, trust, decency, confidence simply don’t matter.
Some would see their chance to be Lord mayor as touching the glittering prize.
It appears that Mr. Newman has picked up like a toe rag, used, then discarded it.
Yet all he does, according to his own lights, is stretch ever so slightly what Madame Gillard and her co-conspirators pulled off a few months ago.
Do as thou will’t -
·         An it harm none, do what thou wilt
·         An it harm none, do as thou wilt
·         That it harm none, do as thou wilt
·         Do what you will, so long as it harms none
- is a message completely beyond the comprehension of either Newman or Gillard.
All of which brings us back to the ex-prime minister who, in the same way as the late Queen Mother, holds more affection among the populace than does the incumbant.
The once Queen had to become the Dowager Queen.
Kevin Rudd was made to stand aside by way of a coup. The Queen Mother and Empress of CHOSE to stand aside.
When choice is lacking, overruling custom and precedent we have a coup.
Nonetheless we have a Dowager Prime Minister, of sorts, despite the coup, in Mr. Kevin Rudd.
* curb bit - http://www.frontrangefrenzy.com/horsecare/curb-and-snaffle-bits.html﻿
Posted by CALLIGULA at 1:33 AM