Image – Calligula’s Horse. A Sunday arvo outing to a country pub.
You’ve heard of the pub with no beer? Well now you know why.
There still seems to be some confusion about Calligula’s Horse.
We’ve been called everything from gun crazy loons to sexist insensitive dolts.
Perhaps it is time to set the record straight.
Okay we’ve had an office meeting and, despite a short recess when Arthur and Django had to visit the first-aid station, have come to consensus.
Firstly, the unanimous decision was made to reject the accusations that we are gun crazy and sexist.
That left loons and insensitive dolts.
That was when the stoush started.
Arthur believed that such an appellation was far too clumsy while Django cracked up completely insisting that any group of people silly enough to endure the management of a weblog would have to be of a sub-set possessed of thick skins and of a certain stoic nature.
Of course he worded that a bit more succinctly while looking Arthur in the eye – which is when the fur began to fly.
To cut to the chase the decision was made to accept that we’re nothing more than – “Insensitive Doltish Loons” – who just happen to do “Calligula’s Horse” without fear or favour.
An aspect of that goes along these lines – If a person was reading an article, say, about ‘Greenpeace’ and saw in that article images of whales being hunted by a whaling fleet – then would that person deduce that ‘Greenpeace’ was condoning and promoting the killing of whales?”
“Awwww! He’d have to be off his rocker to think that !” – would be the consensus of those ‘in the street’.
Or as Inge put it – “The couth of some out there in cyberspace, the reading skills, comprehension; you’d think they just landed from Mars.” 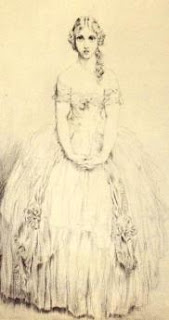 Image – Inge, one of our team and our Lady Friday. Yep, that’s her name. Inge, Lady Friday.
Nice to have a bit of peerage around the place and her good looking with it.
So, was it determined, as it is with Greenpeace and cigarette packaging shall it be for us. What may be disturbing for a few might well be profoundly informing for many more.
Once that was settled the meeting discussed a few other matters arising from the last few weeks operation.
Some further questions arose about the presentation of the pages and the perception that we are presenting as ‘militarists’.
Then there was some reservations about the name Calligula and its connotations of militarism and alleged depravity.
And finally the concerns about mixing episodes of black humour with truth.
All so easily rebutted.
What have newspapers been doing for aeons but presenting their version of truth beside cartoons and comment.
Then if parliaments themselves aren’t universally considered to be mainly joke and bugger all truth – then JH is a monkey’s uncle and we are well ahead. 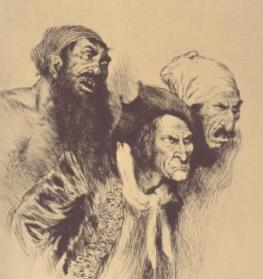