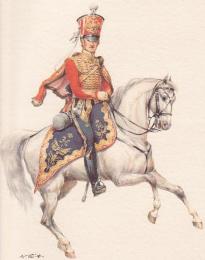 Image – an ‘acceptable’ artwork
Author – Inge, Lady Friday (MA) (BSc)
He came into work this morning quite visibly upset.
Once we’d straightened the hinges and re-hung the door on the tradesman’s entrance we made our way into the tea room, made up our own ‘Gorilla Brand’™ coffees and sat down opposite Arthur.
No one says a word but after a few companionable slurps Arthur lifts one rather sheepish eyebrow and gives us a nod.
“What’s up old fruit?” asks Klaus.
“Worth a thousand bloody words.” Mutters Arthur.
“What, a picture?”
“Yeah”, says Arthur. “Or, you know, a series of ‘em inna line across the pages with little speech balloons an’ tiddly thought bubbles so that proles like me can read ‘em.”
“Fair enough” says Django “but we told you, didn’t we.”
“You should really take it down off the wall y’know” – a first term grade 8 exam report with BA written beside the English result, even if it is two inches high in red felt pen, is not the equivalent of a Bachelor of ARRRRGH !”
If there’s one thing good about the modern ‘’ it’s the requirement to have a firehose handy at the workplace.
Once we’d hosed those two down (again) and read the riot act we managed to run through the Monday morning meeting .
The last item on the agenda, ‘Gripes of Last Week’ revealed a little more of Arthur’s concern about pictures and how they may aid the dissemination of information.
It seems that Arthur was upset about what he’d read on a blog over the weekend – more to the point what he’d read in several blogs as the comments unfolded.
He’d been detailed to do this article – “How Queensland Works” – and was researching that when he noticed how easily many people became derailed and sometimes quite waspish with their comments and replies.
In his own words “They’re too bloody dumb to get the story line of a Phantom comic right.”
In Arthur’s case this is most definitely the pot calling the kettle black – but like most big people he has a heart of cast marshmallow.
So we gave him the day off, threw him the keys of the Harley and told him to come back tomorrow.
Which means I’m stuck with drafting this assignment.
So how does work?
Has me beat – but wait!
Let’s do it Arthur’s way; with pictures.
So if we take a picture, say, a work of art acceptable for public display in the mainstream Australian arts environment – 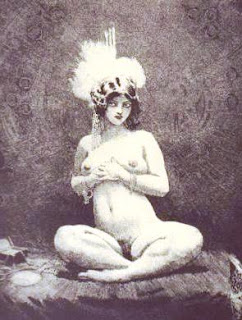 Image – One perfectly acceptable, if dated artwork. Has been up on the wall for about 90 years.
Then decide which bits would be offensive to those in authority in Queensland we might be able to make the best of what we had with a tiny bit of editing –
Yep – there we are; easy peasy – 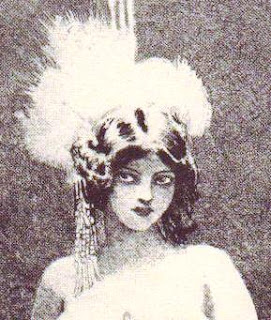 Image – The approved version of the work. NB – all naughty bits have been filed for the attention of the authorities.
But that might not quite suit the good ol’ boys up here in the Deep North.
What’s missing from the Q.Gov approved edition?
What parts would they want kept, or more to the point, to their eyes, most important? 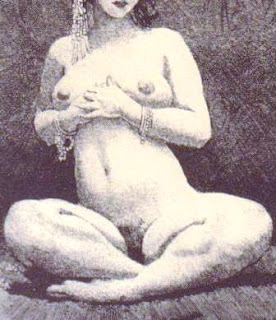 Image – The special edition distributed under plain wrapper by “RednexR’Us”. Note the divergence from the official approach to composition, indeed the focus on ‘essentials’.
The moral of the story –
There are many facets to and some wish to deviate from the official line which tends to overprotect the wowsers in our society.
Some might suggest Queenslanders aren’t as sophisticated as other Australians and need to be protected from themselves.
Others would say – As it is in with art and culture, so it is with the truth.
Posted by CALLIGULA at 12:11 AM