“NO, WE’RE NOT PART OF SOME ANTI-CONSPIRACY CONSPIRACY BUT WE’RE PRETTY DAMNED SURE THERE WAS A CONSPIRACY AND THAT IT CONTINUES MODIFIED BUT UNABATED”

Firstly, let’s bring you up to speed with qld* governance -
She’s beyond redemption, literally FUBAR, when an entire state of this alleged common-wealth can be signed over to a mob of raffle winners. 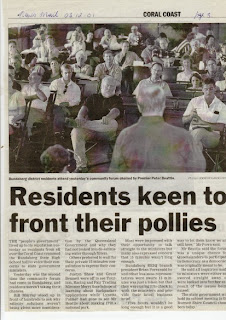 Fig 1 – Mr. Beattie dictates at his second regional cabinet meeting in our little burg. We’d just been told that the CMC had been put under police control and that the qld constitution had been amended without the inconvenience of boring referenda, or for that matter even consulting anyone. Note the unconfined joy on every face.
Yes, raffle winners; not the sort of raffle where the average Lucky Joe gets to win a flyblown meat tray once or twice in life – rather the sort of rigged affair where someone chosen from a shortlist of interested mates challenges two or three of similar mindset and inclination in a compulsorily enforced popularity quest.
Multiply that fiasco about 89 times and you get the one stop shop (if your pockets are deep enough) jokingly called ‘ parliament’.
Of course there’s about 51 of those bludgers who won first prize (go figure) and call themselves ‘government’.
That 51 argue and blackmail amongst themselves and those who win that undemocratic little spat get to call themselves ‘premier and cabinet’ and gain a license to lock up anyone who disagrees.
Cabinet - http://rti.cabinet.qld.gov.au/cabinet.aspx - consists of a ‘collective’ about 18 who dictate the lives of about 4.5 million people without fear of any oversight/accountability mechanisms whatsoever.
A neat little situation where any incriminating cabinet documents if ever released under the ‘freedom from information’ bureau would by then be way past the use by date of the statutes of limitations.
But don’t think for a second that it is only the government/majority party that acts this way;
queensland replaced its Legislative Council (senate) with a committee system gracing (bribing) a few ‘acceptable’ members from other parties with a slice of the action; a sop to their egos providing little more than an illusion of influence over events.
It’s a great system when you look at it dispassionately.
A handful of whiteanted ‘political parties’ pushing a Hobson’s choice of ‘candidates’ down the throats of a captive, confused and mostly uncaring populace whose understanding of civics is marginal at best.
The most jaded intellect would realise that such a turnout is travesty; even the ANU has its doubts - http://www.democraticaudit.anu.edu.au/papers/20070213_aronprass_upphqld.pdf
The political advantage of the recent floods will come next year when the political mileage gained from Bligh zipping about playing concerned leader combines with the ‘Stockholm Syndrome’ kicking in amongst the victims as they fight through the red tape while attempting to reclaim their lives. http://blog.libertarian.org.au/2007/10/19/stockholm-syndrome/?like=1
If Ms. Bligh plays her cards right and suppresses publication of bureaucratic excess well enough she may well be able to slant the post-flood situation to her advantage and achieve another term as Fuhrer of .
Why Fuhrer?
Well, why not. It merely means ‘leader’ but historically retains the tinge of dictatorship.
She certainly ain’t a premier since qld hasn’t had a proper parliament since about 1922 when the upper house was dissolved in what is considered by those who should know an ‘Ultra Vires’ fashion.
If we don’t have a proper parliament then it stands to reason that neither do we have a proper Australian style premier.
When what passes for a federal system condones that then we have no Commonwealth either.
Anyway is such a silly name. Joh (bless his memory) should have changed it to NordReich, or something – then we’d all know where we stand. 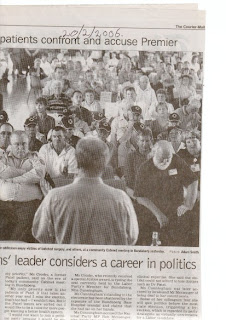 All private equity and inheritance in the State is the property of “the State”, see Corporations (Q) Act 1990 (Q), Reprint No 3, reprinted as in force immediately before 15 July 2001 ©State of Q 2006. All courts, including the Magistrates Courts, are inside the Parliament of QLD.