“AUSTRALIA WAS ESTABLISHED AS A MILITARY GARRISON AND PROVIDER OF WAR MATERIEL SUPPORTING EMPIRE AND THE ‘GREAT GAME’” – or “What is the Sydney Hobart Yacht Race really about?”

“Man proceeds in a fog. But when he looks back to judge people of the past, he sees no fog on their path. From his present, which was their far-away future, their path looks perfectly clear to him, good visibility all the way. Looking back he sees the path, he sees the people proceeding, he sees their mistakes, but not the fog.”
Penelope Nelson - http://www.penelopenelson.com/index.html 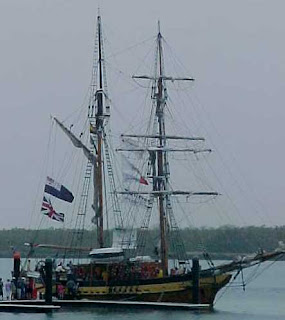