The end justifies the means 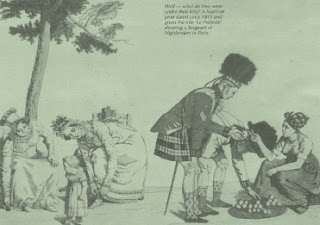 It might be sheer coincidence since I started blogging as ‘Calligula’ -  but some reference to Emperor Caligula’s horse, Incitatus has been made more than once in connection with the Australian parliament.
Just goes to prove, I guess, that great minds do sometimes think alike.
For those not in the know it has always been suggested that the Roman Emperor Caligula was a bit of a party boy and somewhat a loose cannon (not bad going getting a reputation like that before cannon were even invented).
According to a bloke called Suetonius (Ancient Rome’s Hedda Hopper) Caligula got himself on a bit of a bender one week – naturally the same week the senate decided to cause him some grief.
All this was a bit of a double whammy headache for a lad comparatively new at the job of Imperial despot.
As so often happened with our Emperor, inspiration came in a blinding flash.
Perhaps it made more sense thinking it through a hangover and in Latin but apparently those of the Equestrian Order were automatically eligible for the Roman Senate.
I suppose in Caligula’s addled brain it made sense to save expenses, cut out the middleman, and elevate his horse to senator.
All of which makes me wonder why it hasn’t happened more often since.
Leading forward the best part of two millennia to the Australian situation it might well be worthwhile considering installing a senator who could at least tap-count to ten.
That might spin out the estimates meetings a bit longer but at least the figures’d be reconciled correctly at the end of each day.
In conclusion I’m suggesting that much can be said for ‘looking back at’ two thousand years of history. (Don’t believe ‘em for a second when they come out with that move forward, don’t look back stuff and nonsense.)
Gaius Julius Caesar Augustus Germanicus (31 August AD 12 – 24 January AD 41) most probably copped too much adverse publicity as he was set up for a fall by his overwhelming opponents in .
He had to be seen as a bit of a bastard or at least written up as one by the same tontine that bumped him off.
Too much perceived emphasis on his part looking after the interests of certain lower castes in Roman society.
Some analysts these days suggest he was topped because, by his own lights and within the standards and more’s of the era he defended elements of social justice, the rights of the poor and disenfranchised in Roman society.
I’m dropping the hint that absolutely nothing whatsoever appears to have changed in the mindset of the ‘select elect’.
So was Gough Whitlam a latter day Caligula or Caligula an Iron Age Kevin Rudd?
﻿
Posted by CALLIGULA at 11:39 PM