“NOTHING, NOTHING WHATSOEVER, HAS CHANGED HERE, IN PEOPLE’S MINDS” – PROBABLY NEVER WILL – UNTIL SOMEONE JAMS A LIGHTED FIREWORK SOMEWHERE APPROPRIATE

Author – Millicent Ffulke-Hope, Arthur’s new found friend.
It began with a putt* -
My first encounter with the ambience of this ‘regional centre’ in . was described in that last article of Arthur’s.
I have been asked to provide an account of my observations which hopefully shall be published, with Mr. Reinhardt’s approval, as an ‘interest piece’; a ‘visiting fireman’s’ impression of the district and its local history.
Apparently Mr. Reinhardt had a classic fit of the sulks yesterday evening when he read Arthur’s comments about him in draft – especially the part about ‘his rubber band being so easily wound up to snapping point’. (NB – this wasn’t deleted, was it? – D.R., Editor)
At the time I had been invited to join in an ‘evening editorial soviet’ combined with some refreshment – or as Arthur put it so succinctly, “a bit of a well deserved piss-up after roaring everywhere around the boondocks on that old rattletrap.”
It may well be that Django’s (Mr. Reinhardt’s) concerns about the present day, allegedly tourism focused, dysfunctional regional economy hold weight.
*(Putt – casual, easygoing, hopefully enjoyable, outing on a motorcycle.)
Followed by an argument -
How could a complete stranger, a foreign national, (and a Seppo at that – D.R., Editor) assess the merits of any place after visiting for the first time and, at that, for only a few days?
But once dear Django climbed down out of the chandelier he reluctantly agreed that such is exactly what tourists and visiting business people do by the million in countless locations every year.
Therefore Mr. Reinhardt has promised, at least in this instance, that there shall need be neither self-censorship nor other ‘constraints on the media’.
We shall see if he keeps his promise (and hopefully works out that calling a Southern Belle a ‘Seppo’ is like waving a red flag before a bull).
First impressions -
Are based on value judgments – or so any person concerned with projecting a positive first impression must assume.
My first impressions may well have become biased, firstly, by what I had come to understand from discussing the district’s history with Inge, then shortly after arrival totally skewed awry by what I can only describe as the remarkably culpable behavior of a certain trawler coxswain.
His act of gratuitous aggression seemed to span the years.
All I could think was, my God, if there were a couple of hundred colored people swimming the river to escape madmen with guns out there on that island - he’d have just plowed on right through them.
The reader may rest assured that were I some ‘Ms. Moneybags’ visiting this city in order to establish something, for instance, in the seafood industry, that visit would have been short, sharp, and with a decidedly negative outcome.
See what I mean – first impressions stick like ‘Elmer’s Glue-All’™.
Second impressions then -
Shoot me down in flames but I cannot accept that a town can set itself up as a tourist trap without having something entertaining to offer transients like myself.
I am reliably informed that this city has indeed absorbed its fair share of tourism development funding over the recent decades.
Many cities around my part of the world () just up and invent something if that is what it takes. (for instance, some good ol’ boys there invented my scooter)
In the circumstance that other, more acceptable, sources of income are lacking for cultural centers and sporting venues then people of an entrepreneurial bent will set up with a dude ranch, a garage museum, or a humble clapboard home with a hand painted sign on the fence offering, say, the last chance for the lucky tourist to buy (Yes Ma’am, genuine) Jesse James’ very own six-shooter. (I have three myself. One even shoots well.)
While it is true that eminent travelers like Bill Bryson often comment that what is on offer at tourist traps in the can best be described as tacky; it must be declared in the same breath that at least they are there in abundance.
Here in this burg these parameters appear to have been somewhat tweaked.
As if unable to reject the bipolar approach to tourist traps and in the circumstance of lacking abundance, it is if the of what is offered here must be transcendently tacky and be stretched to unprecedented heights of utterly disarming disinterest.
I apologize if I seem to be saying that it is a boring town. I am struggling to describe why it is a boring town without being too insulting to the inhabitants, all of whom, no doubt, are honest and God fearing people. 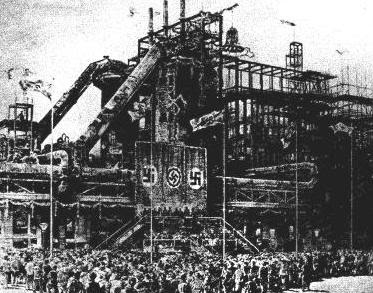